Colorado has a rich history of adventurers heading from the plains up to the mountains to find fortune. Today most of the folks heading to the mountains are looking to hit the ski slopes or see the aspens turn golden yellow but while the rockies aren’t the wild frontier they used to be, you can still find that same adventure off the highway.

Previously I had done the Boulder Weekend Bikepacking Loop and really enjoyed the logistic simplicity. No cars to park or shuttle, just a well wrapped weekend of biking and the trail. Surely something similar should exist for Denverites? Sadly it seems we are lagging a bit behind our preppy neighbor to the north. Thus began the Prospector Loop, a weekend-ish length all-road bikepacking route starting and ending in Denver.

The Route starts at Confluence Park, where Cherry Creek meets the South Platte River. This was the site of the original settlement that would become the city of Denver. Heading West, the route follows rolling hills of bike lanes before joining the Cherry Creak Trail towards the town of Golden. Next comes the Lookout Mountain climb, if you’re making the journey on a weekend you’ll likely be joined by many lycra clad road cyclists who use the climb as a training ground.

Soon you’ll be cruising down US Highway 40, which parallels I-70, you may pass some of your Denver pals stuck in traffic! After descending down to Floyd hill, you’ll cross under the Interstate and join the Scott Lancaster Memorial Trail that follows Clear Creak. 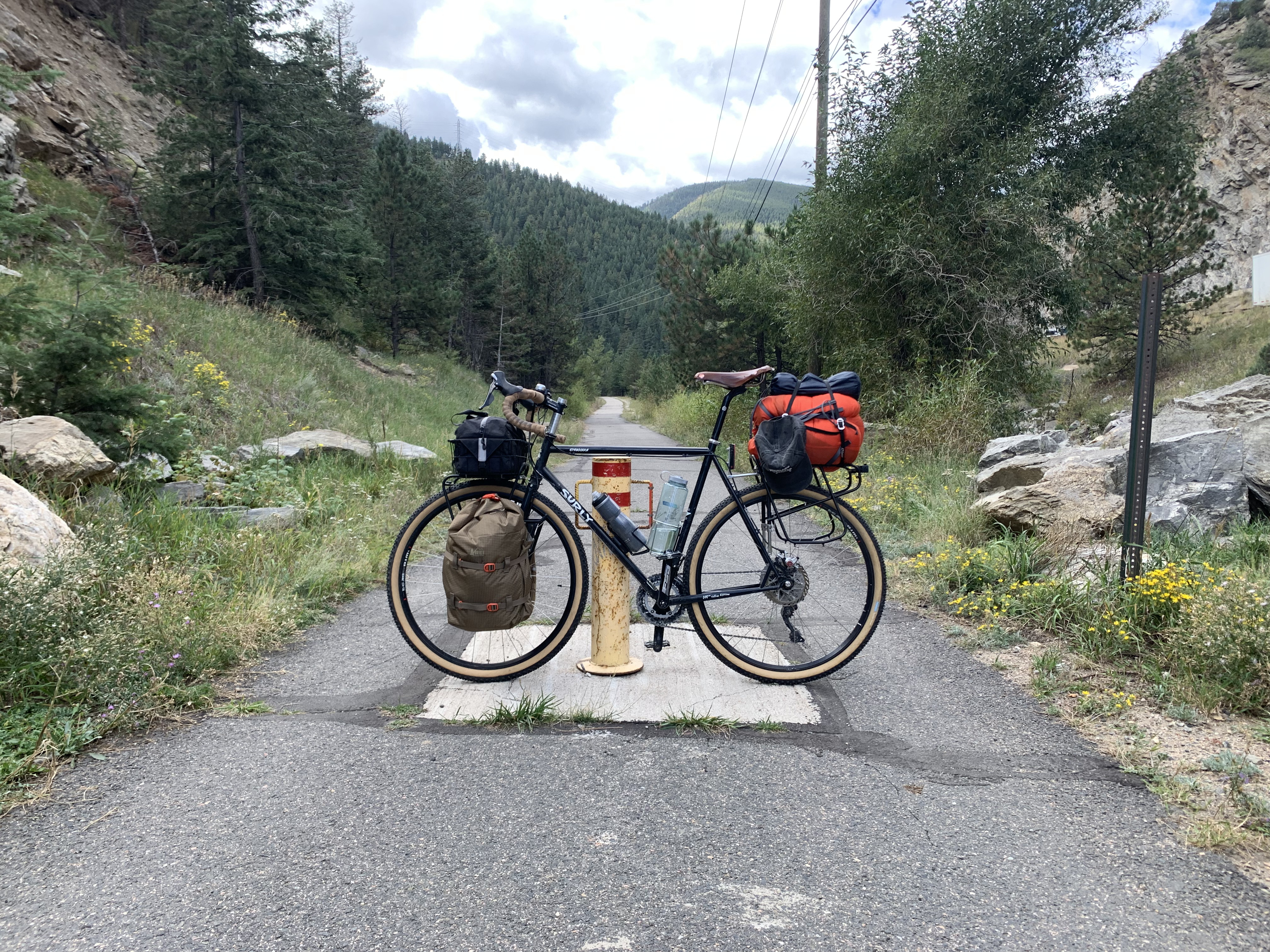 I really enjoyed riding so close to Clear Creak, watching the fly fishers and hearing the rush of the rapids. I’d made this journey up I-70 so many times by car and never realized was I was missing. I’d bet on a hot day you’d pass some whitewater rafters coming down the creak yelling with delight!

Soon you’ll find yourself in Idaho Springs, which has plenty of bathrooms and snack spots to take advantage of. If you’re looking for something filling and have time to spare I’d recommend BBQ at Smokin Yards or Pizza at Beau Jo’s.

The gentle climb continues West towards Dumont, then Georgetown. This is likely the last opportunity to stock up on food and snacks before reaching Summit County so take advantage. Leaving Georgetown, the climbing kicks up a notch and you’ll pass by the Georgetown Loop Railroad.

A few miles past Silver Plume you’ll jump onto a secluded bike path to finish the rest of the journey to the base of Loveland Pass. Climbing up Loveland pass is brutal but the views gained are great and the descent is a thrill! 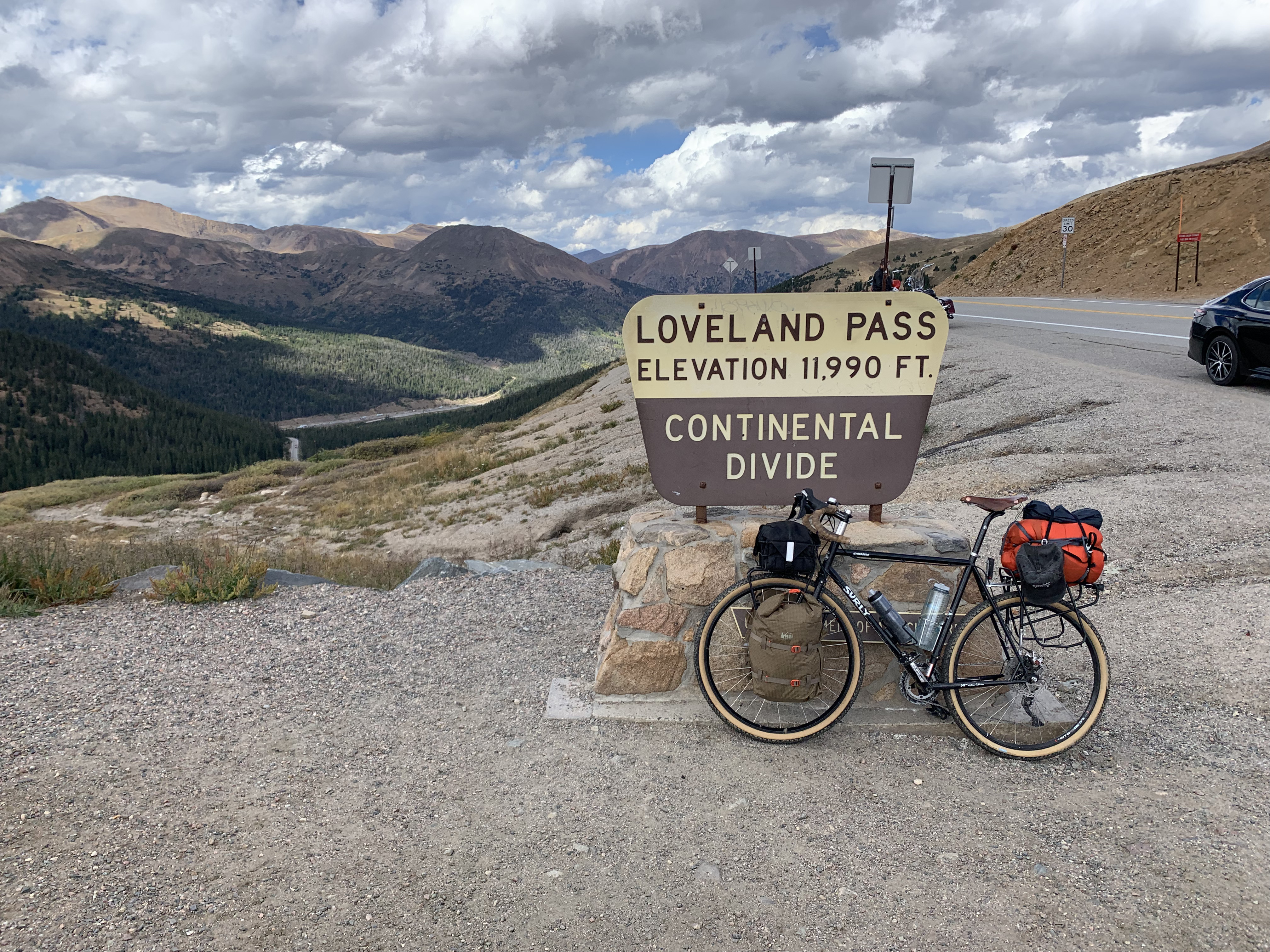 Descending Loveland pass is another beautiful view. You can finally rest your legs after climbing for almost a full day. Here is a shot on one of the switch backs descending the south side of Loveland pass just above A-Basin Ski Area. 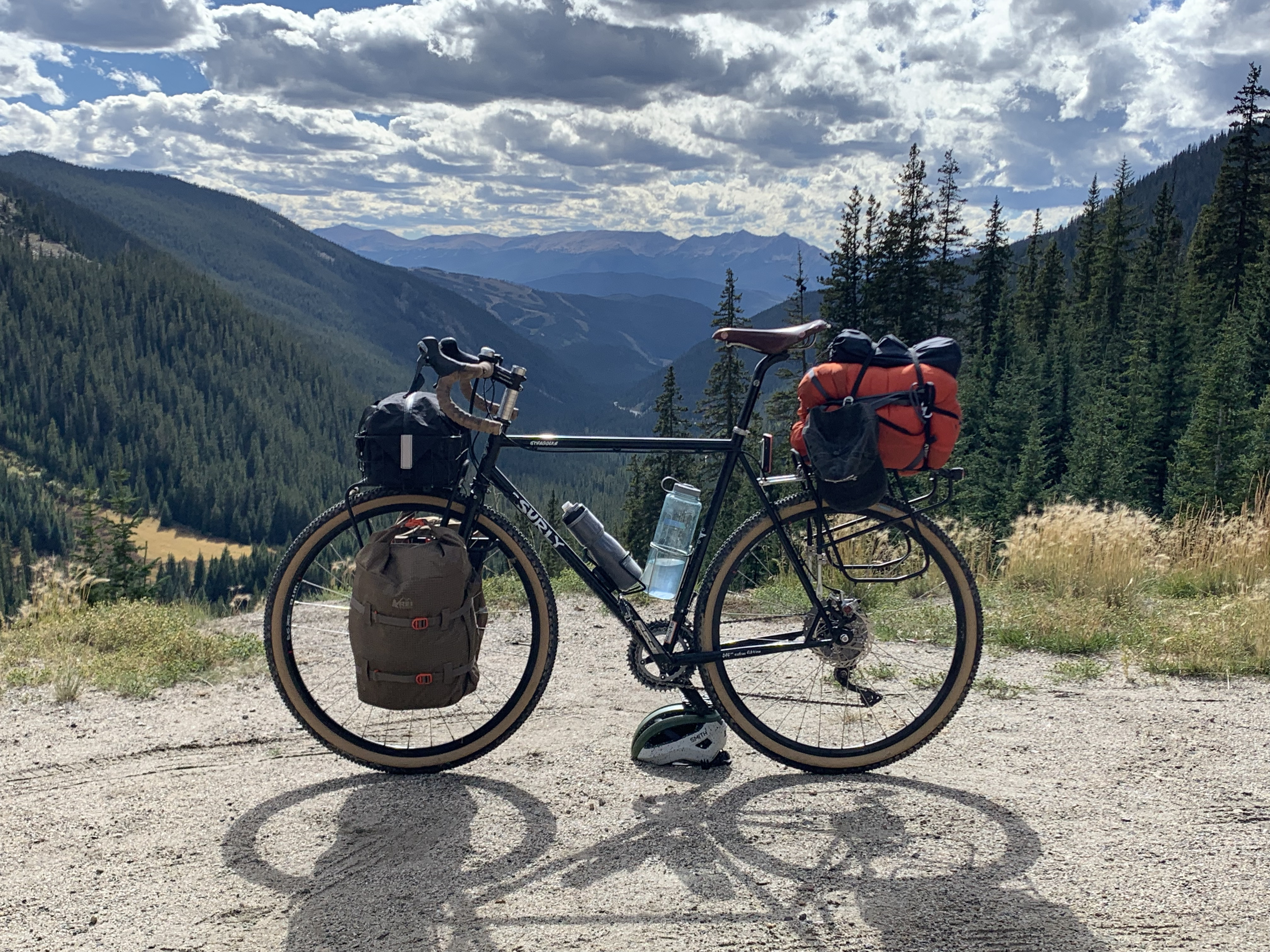 Heading down towards Keystone Resort you’ll get off the road and onto the Summit country recreational paths which are all well planned out and maintained. You’ll do a mini climb to get above the Dillon Resovoir and get on your way to Breckenridge, parallelling highway 9 all the way.

Stopping in Breckenridge is nice if you want to stock up on food or buy the gloves you forgot to pack in Denver! If you want to escape the road and people don’t worry, pushing on south of Denver you’ll find great dispersed camping spots along the north side of Boreas Pass road. And did I mention the gravel begins! This is where I met up with a buddy for my first night of camping. 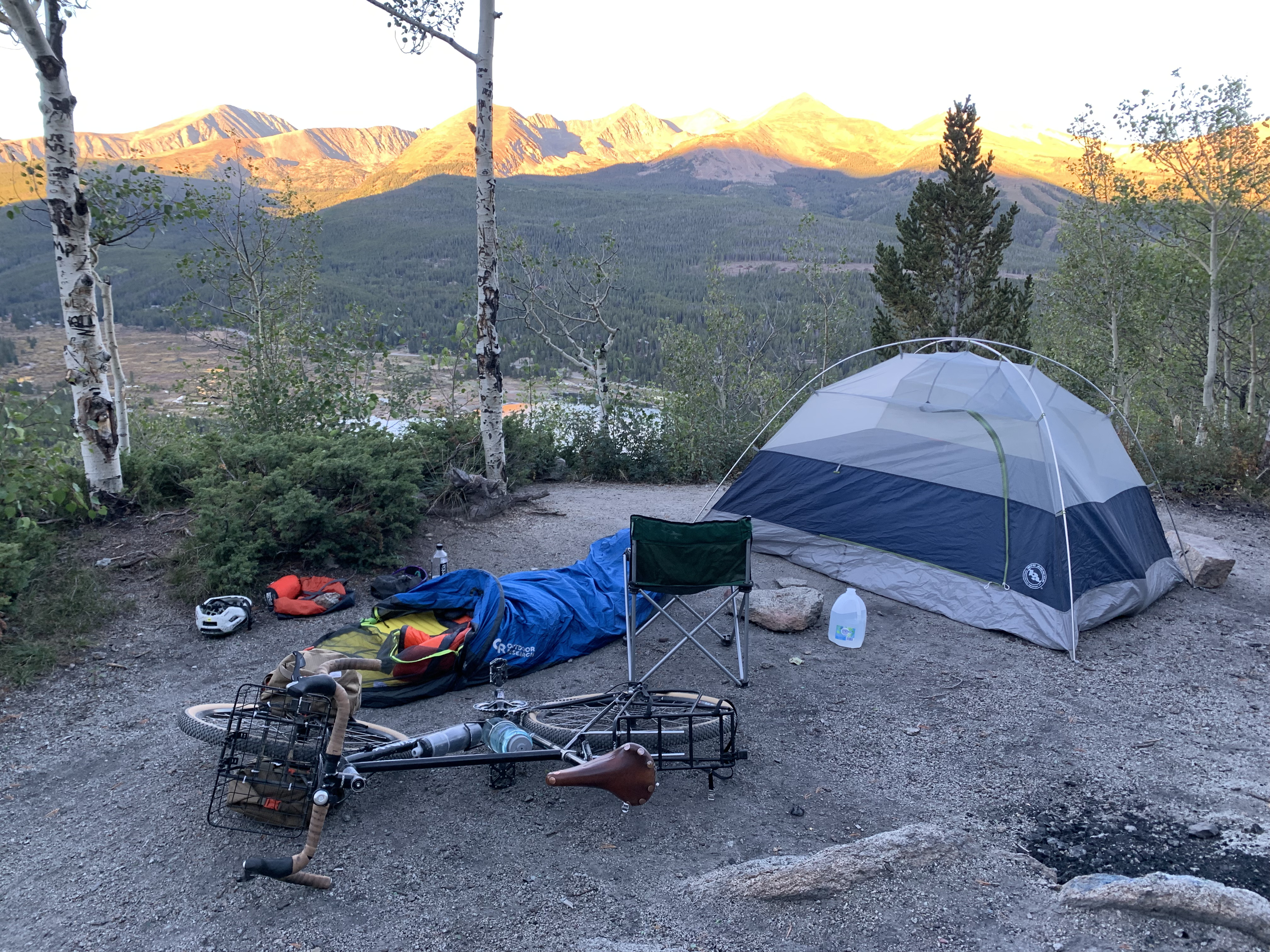 Walking up and boiling some instant coffee. Packing up my bags and saying goodbye to my friend who was heading of to hike for the day. Checking my map I realized heading up to this campsite (a spot called stony point) I had already completed half the climbing of Boreas Pass. This gave me an easy feeling, starting the day with a simple and beautiful climb.

Boreas Pass used to host a train line that would bring people and goods all the way from Denver up to Breckenridge. Along the road you can see the massive water tower and service station that were once used in operation of the railroad.

Coming over Boreas pass in the fall you are sure to see the Aspen leaves changing color to golden yellow. I road this section in late September and met a few bow hunters looking for Elk.

Cruising down Boreas Pass road towards Como, you’ll see the high plains of Colorado spread out before you. There are plenty of spots on the descent to fill up on water, make sure to do so before you enter the dry plains of South Park. 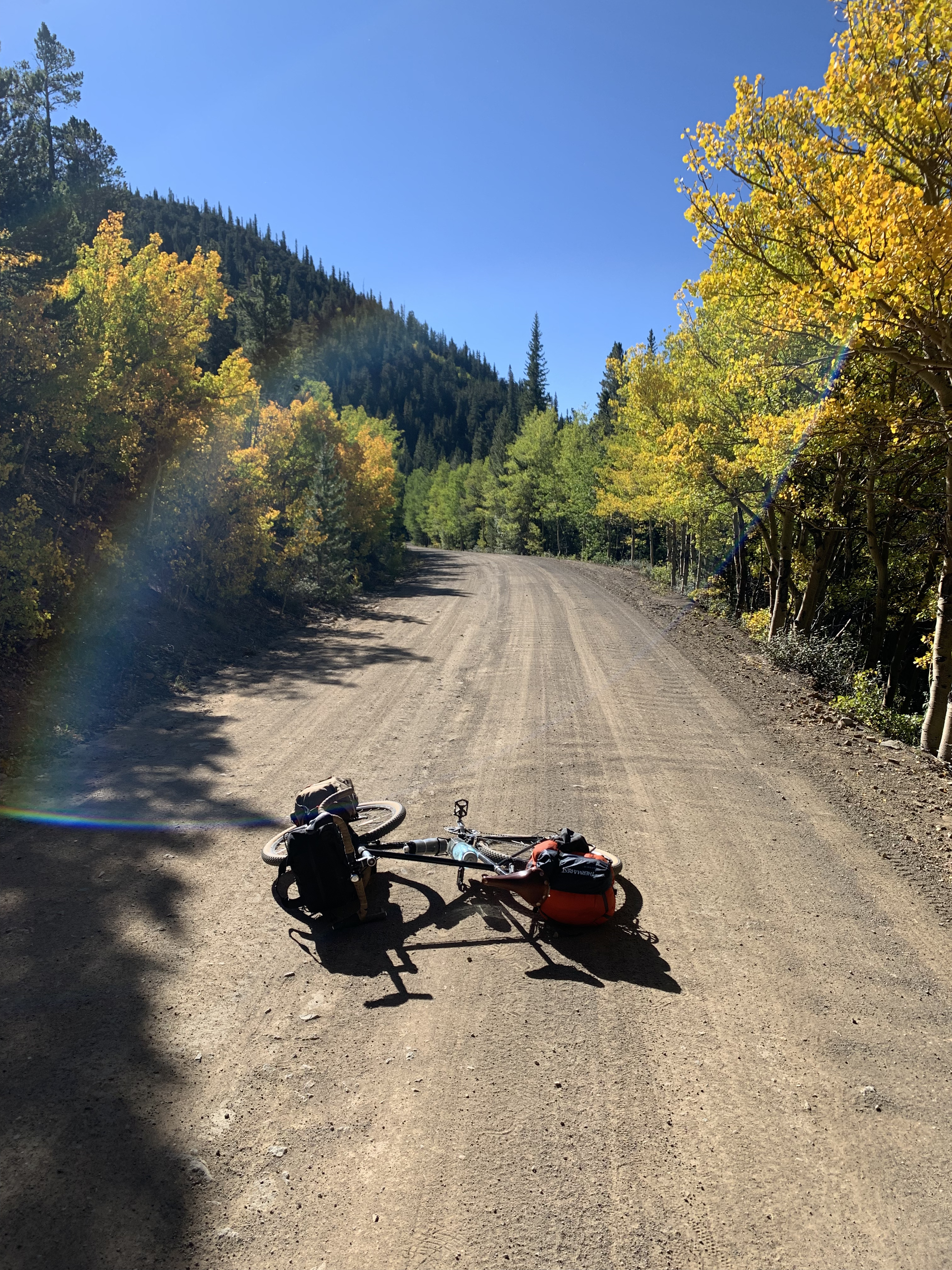 Como has some interesting historical bits to look at if you have the time, mainly an old rail station and a few plaques. Leaving Como you’ll bike on Highway 285 for a brief bit. This is a little unerving as the cars are fast moving but thankfully the shoulder is wide and it’s only a short distance.

Turning back to the Southeast on Elkhorn then Albino Road you’ll enjoy wide open views of the highest plains in the country. Heading towards the Tarryall resovoir you’ll transition back onto pavement and make your way to Lake George. 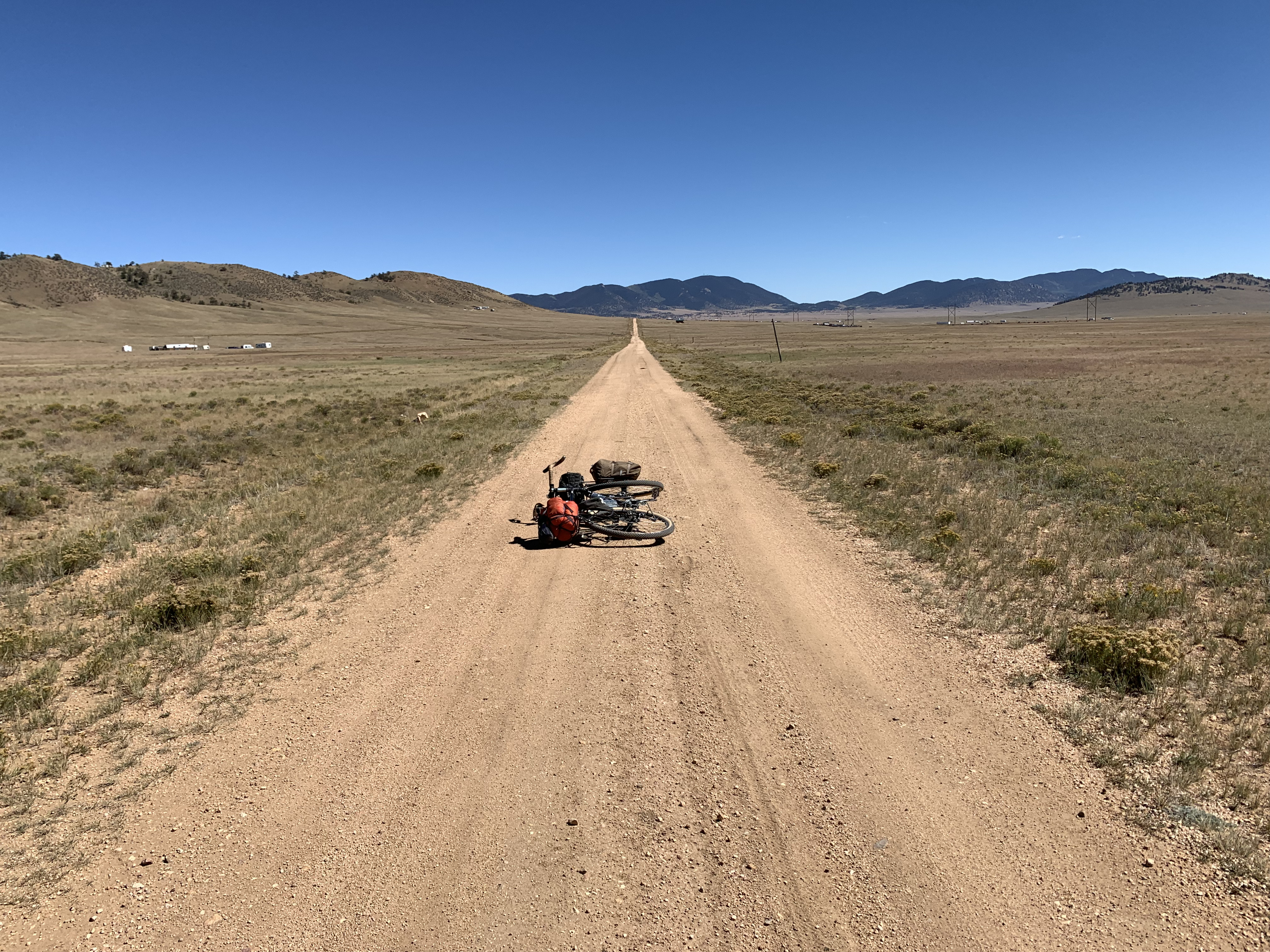 Lake George has some food support depending on how late you arrive. I stopped at the BBQ shack they had and really liked the brisket sandwhich (not very much a cycling meal but it was delicious).

Finally, It’s time to point Northeast back towards Denver. Out of Lake George, you’ll ride up through a winding mix of gravel and national park roads with plenty of options for camping for the night.

Heading up through Westcreek you’ll get back on the pavement and head East towards Rampart Range Road, a long gravel section with plenty of camping options.

I had never seen this part of the state and was in awe of the massive piles of rocks visible from the trail. Make sure to stock up on water for this section as it can get very dry.

When you get to the junction with Jarre Canyon road you have the opportunity to take an easier route down through the paved road to the town of Sedalia, where you can easily rejoin the route at Chatfield resovoir.

the Indian Creek Trail ahead has some technical singletrack but is a beautiful end to the foothills section of this route. Continue out through the gravel road that runs through Waterton Canyon and out through to Chatfield Resovoir.

From here you can follow the Mary Carter Greenway Trail all the way back to Confluence Park! There are plenty of spots to stop along the way for a snack, even a coffee shop along the way called Nixon’s Coffee House!

My Gear for this trip 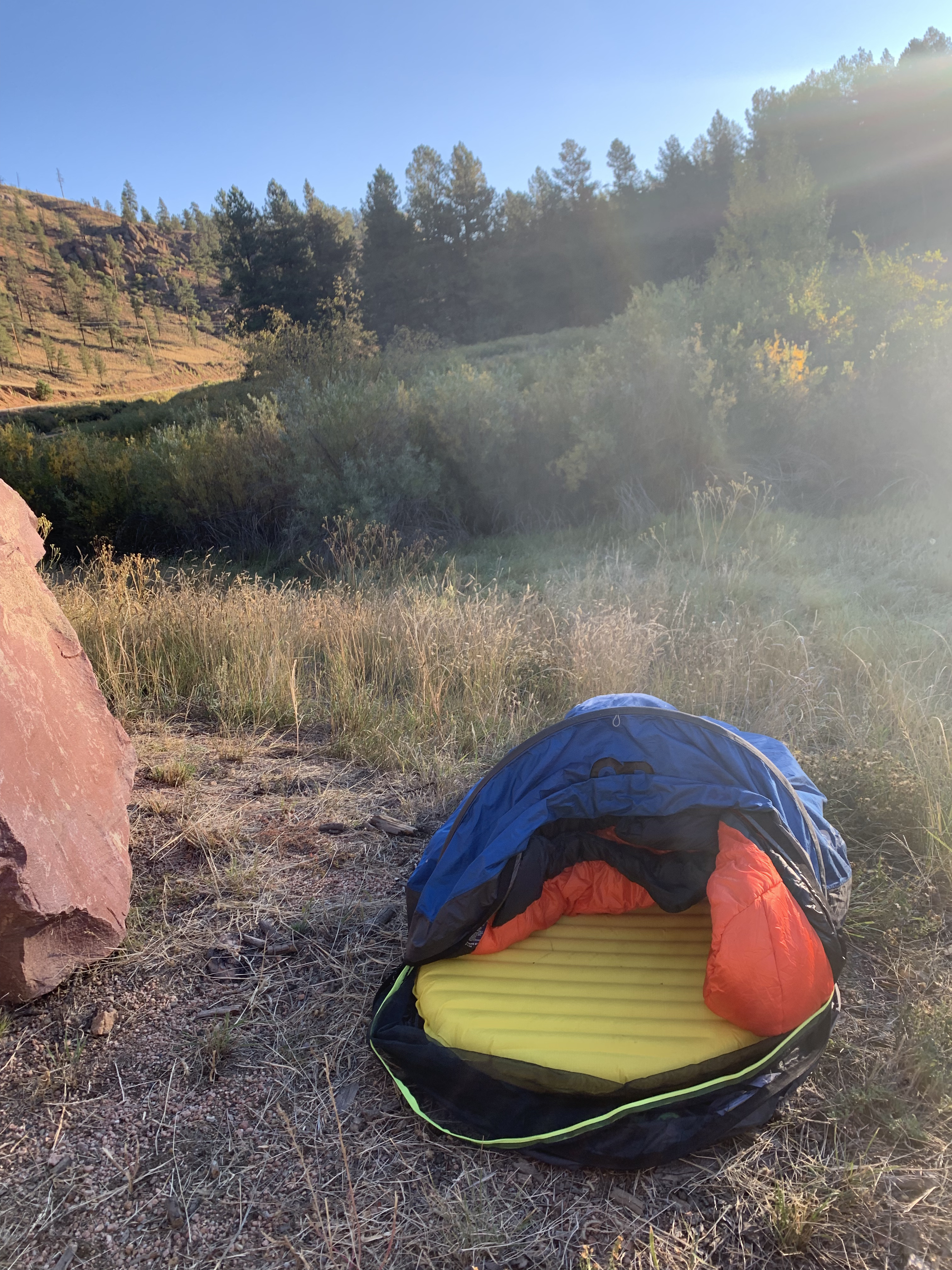 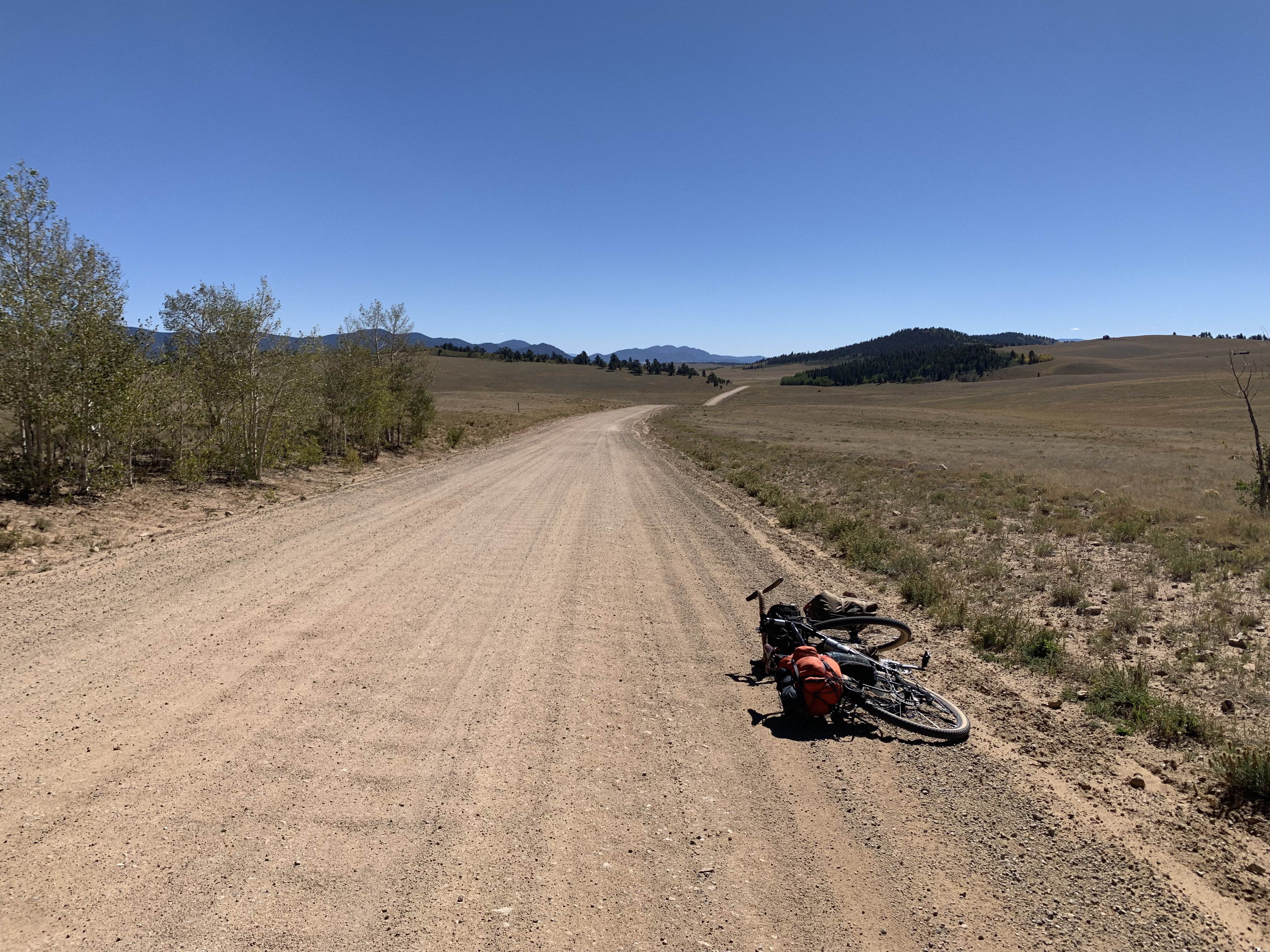 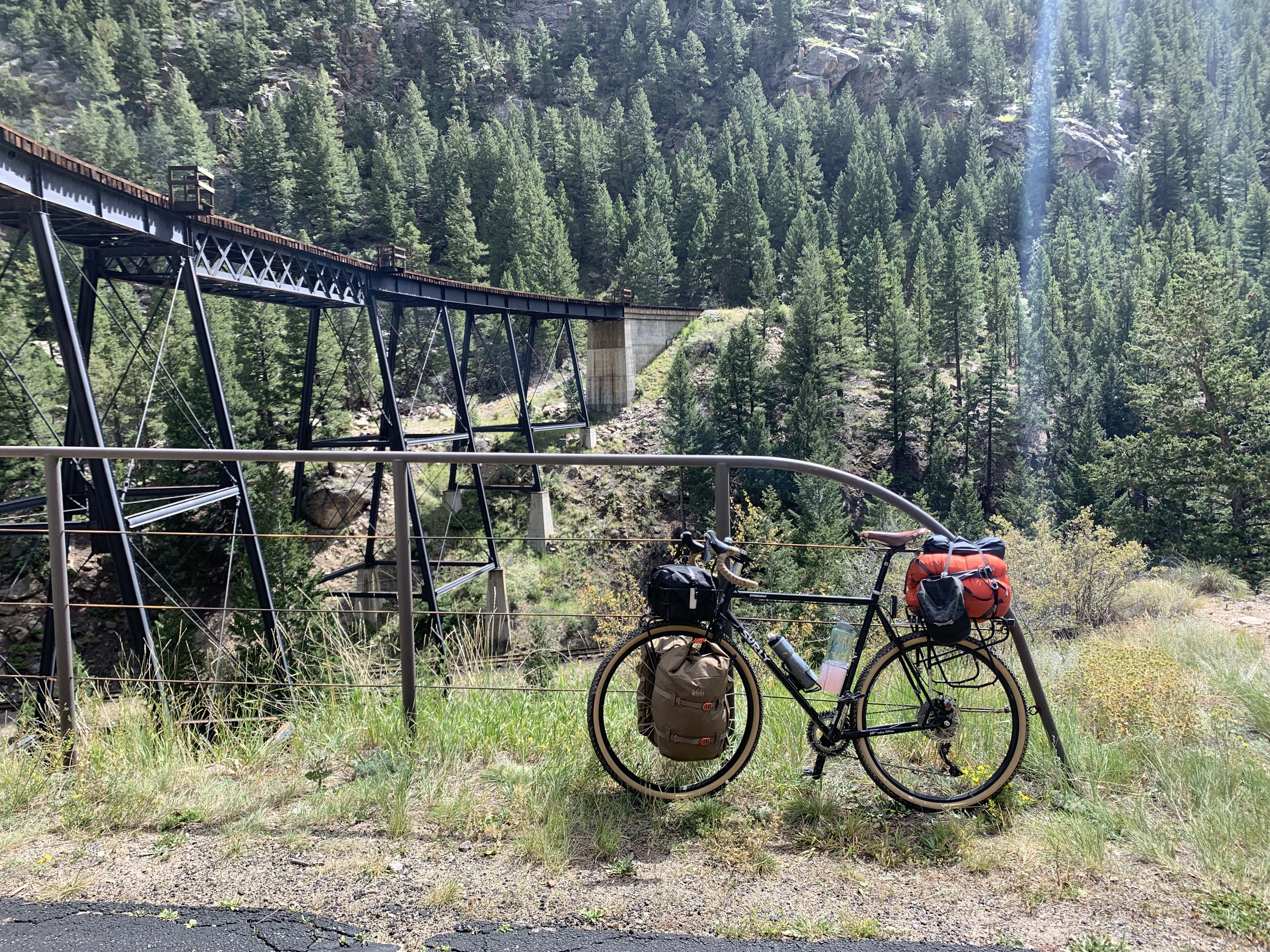 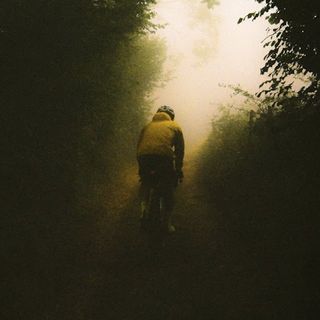